The purpose of this site is to reverse the panopticon, and “block the chains” of authority and vanguardism by serving as a repository for past and present realities, ideas, and commentary surrounding left-libertarian or anarchist/anti-capitalist political economy and governance.

This site shares the spectacle through the posted author’s vision, with a lean towards writings that are libertarian and/or socialist in nature. Most of the content is anti-authoritarian or anarchist so it tends to promote the equality of power or the elimination of hierarchy, a space of “all power to all people” (Black Panther slogan), which is the same as no power for anyone which blocks the chains of authority. Equaliberty.

How much credence should we give to Nietzsche, or to the last lines of The Will to Power?

Perhaps it is the will of the individual to find sovereignty, to escape Biopower. At any rate, somehow anarchy (without archy (rulers or government)) has come to be associated with chaos or no order. People often confuse, or are led to believe via repetition, that anarch-y is anarch-ism. Somehow a vacuum in power, if not it’s death, is seen as a powerful mess of chaos. Can we separate power from authority or an Authority, the body politic’s sense of impending chaos from the absence of power and demagogues? Of course the word “anarchy” itself is “negative” as “an” means “not” or “without,” but will anti-authoritarianism and disestablishmentarianism always result in negative outcomes? Regardless, anarchists are not against “governance,” and it is not as if power will be drawn down to zero, just bureaucratic top-down State/Government power. Libertarianism is more positive in tone than “anarchism” in that liberty is autonomy or freedom, but what is anarchism if not exactly libertarianism, and perhaps anti-politics?

Ellerman pointed to the Forest (green) and the Trees (blue) as the current classical liberal framing, but primarily missing the trees. The framing can be expanded or reframed/refined to consider the black, or perhaps the oxygen of the forest. more on “rights”

This is my doctrine: Give every other human being every right you claim for yourself. Robert G. Ingersoll, The Liberty Of Man, Woman And Child

Before the 1970s birthed pro-state and minarchist strands of “right” libertarians (including the Libertarian Party) libertarianism had no left or right prefix. Until then, since the 1850s libertarianism had been synonymous with “anarchism”  (see 150 years of Libertarian, and recently 160), and arose in part because anarchists needed another label because they were being persecuted.

Is it worth fighting to keep the name “libertarian” for its original purveyors? At this juncture anarchism is still a bad word for many, but it’s slowly becoming more acceptable, much like the word “atheism” which isn’t quite as taboo as it was only a decade ago. However, the media (or how the media portrays) black bloc, crimethInc, and antifa may do more harm than good when it comes to public perception. Regardless, since the 70’s the co-opted libertarian designation has needed a prefix to distinguish left from right, or just what someone means when they say “libertarian.” The right-libs typically embrace (laissez-faire) “capitalism” and politics/government (albeit minimal), but the original or “real” libertarians embrace the anarcho-socialist tradition. What else could we call right-libertarians? Republitarians? Rightarians? (Ayn) Randians? Aynians? Randroids? Minarchists? Voluntaryists? The Alt-Lib Party?

This site and many others continue to use “libertarianism” to refer to anarchism because the name-game situation we have found ourselves in, where up is down and down is up, is a game some of us feel should not exist. Why should “real” libertarians (anarchists/left libertarians) cede? It’s not that left and right libertarians don’t have anything in common, as “every difference of opinion is not a difference in principle” (Thomas Jefferson). However, some details and core principles are certainly at odds, and ceding 160 years of history is hard to swallow.

“Liberty is the mother, not the daughter, of order” — Pierre-Joseph Proudhon

►The ideas expressed in posts, pages, and comments are the sole responsibility of their author, not this site or its associates.

►Bias? of course, but as seen, both sides or multiple interpretations are housed here (within the confines of the bias of course). Make your own thesis and anti-thesis to synthesize something new as a way to seek “human relations beyond and outside of any notions of practicing “superiority” over others for whatever political-social exploitative purposes or beliefs.” Bobby Seale 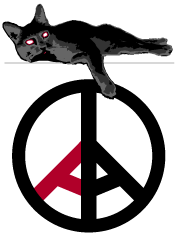 David Graeber and J. K. Gibson-Graham, like Marcel Mauss, contend that we encounter a mixed-economy with individualistic and communistic elements. The latter happens frequently as we often encounter the communist mantra in our daily lives: “from each according to their ability, to each according to their needs.” Graeber argues that we experience “individualistic-communism” (here and here).  Is a mixed-economy or libertarian-socialism/communism with markets possible? Mutualism perhaps? Autonomism?

It’s hard to say what an anarchist society “will” look like, as that seems as impossible as determining the trajectory and outcome of the current ‘order’ and disorder unfolding from governments. This site houses some ideas on what it “might” look like (or not look like e.g. democratic failure).

Something else Graeber alludes to in Fragments of an Anarchist Anthropology is central to libertarianism and this site:

Even more than High Theory, what anarchism needs is what might be called Low Theory: a way to grappling with those real, immediate questions that emerge from a transformative project…normally in mainstream social science this sort of thing is generally classified as “policy issues,” and no self respecting anarchist would have anything to do with these.

The notion of “policy” presumes a state or governing apparatus which imposes its will on others. “Policy” is the negation of politics; policy is by definition something concocted by some form of elite, which presumes it knows better than others how their affairs are to be conducted. By participating in policy debates the very best one can achieve is to limit the damage, since the very premise is inimical to the idea of people managing their own affairs. (p.9)

…What sort of social theory would actually be of interest to those who are trying to help bring about a world in which people are trying to govern their own affairs?…First,…”another world is possible.” (p.10)…The second, …reject self-consciously any trace of vanguardism. David Graeber

What is policy if not vanguardism? Suffice it to say that I think these are valid claims, and not much different than what many anarchists have set out to do or ask for.

“Block the Chains” (blockthechains/libertarianous) was inspired by block chain technology, and in a way block chain does, or can, block the chains of vanguardism.

The idea behind “proof of work,” according to Daniel Krawisz, of the Satoshi Nakamoto Institute, is that it is “an added complication, like a ritual, so as to make blocks more difficult to generate…. [It] is…a means for a group of self-interested people, none of whom is subordinate to any other, to establish a consensus against a considerable incentive to resist it.” Because it takes so much computing power to find this number, miners are motivated to ensure that the transactions they are processing are valid and non-conflicting.

Anarchy is Order, like a fractal in Chaos Theoy, Order generated from the ‘Chaos’ of the many paths crossing to seek Order. If the paths are libertarian in nature they will shed minimal turbulence to disturb others, and find order via liberty if they have also shed the fetters of Authority in their wake. Anarchism is more process and ethic than final solutions to land a monopoly in control of process and the outlook. The solution is in an evolution around moving forward as needed to preserve a better world with liberty and justice in tow.

“Anarchism, to me, means not only the denial of authority, not only a new economy, but a revision of the principles of morality. It means the development of the individual as well as the assertion of the individual. It means self-responsibility, and not leader worship.” —Voltairine de Cleyre

“The real revolution is the enlightenment of the mind and the improvement of character. The only real emancipation is individual…” —Will Durant

“There is nothing intrinsically wrong about utopias, the problem is if you just have one of them, we need as many utopian visions as possible…” David Graeber

Good luck on your journey. Leave us some bread crumbs in your wake.

Part of the “purpose” beyond the above is to start to (or continue to) develop and answer these questions:

►Some commentary, typically from the admin or not the original source, is signified with a cat silhouette. In addition, the cats sometimes have something to say. On a desk/laptop you can see a message if you hover over it with the mouse arrow. On a phone or tablet without a mouse you have to hold your finger on the image as if you want to save it to see the message. The cats usually offer a Yodaism or something unique pertaining to the post. This is not an endorsement of animal domestication, pets, or Yoda-like speech. Not all posts and pages have them, but this began late in site’s history. It is slowly proliferating to pages and posts throughout the site.

Did you really have to add “ous” to libertarian? 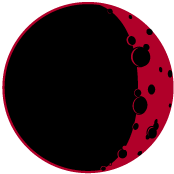