The fractals are a silly exercise and round-about way of separating, and also joining, Anarchism and “chaos.”

The popular notion of chaos is one of randomness, and disorder. Anarchy is likewise seen as chaos, not order. The common line of thought being a non sequitur: chaos is bad, anarchy is chaos, anarchy is bad. Besides the fact that people are confusing anarchy with anarch”ism,” Chaos Theory states: chaos is order (but nothing about whether its bad).

Chaos Theory is a field of mathematics, of which fractals (depicted below) result. Fractals are a picture of chaos or dynamic systems generated by computers. They are self repeating patterns or processes across different scales, repeated via a feedback loops. Its a math equation calculated iteratively. The ‘solution’ is a repetitive pattern (self-similarity). Oddly enough, although created via determinism, the resulting pattern/order is not predictable! The behavior or path into the future of the subject is determined by their initial state with no random elements involved. The smallest change in the initial state can send it down a totally different road or iterative pattern of deterministic chaos. 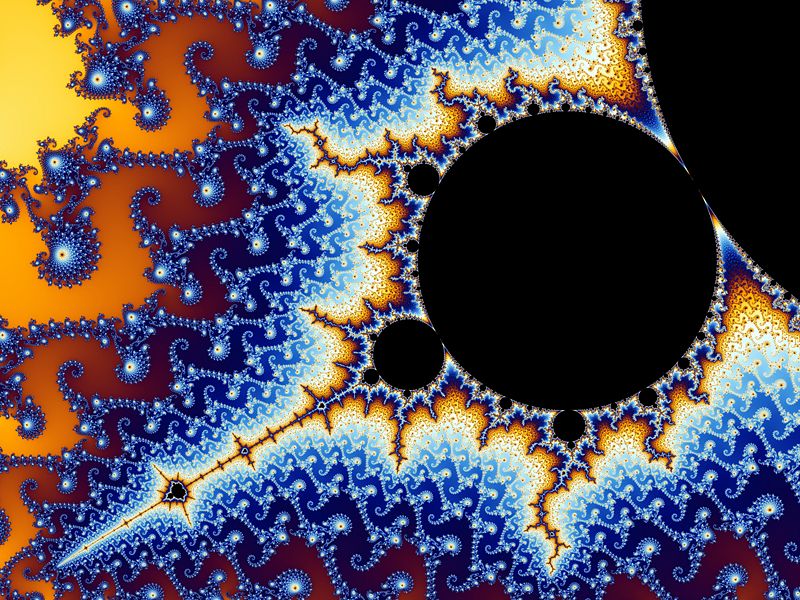 States/governments incorporate/d deterministic/linear cause and effect notions into their very structure– rigid, ‘orderly,’ tight, top-down patterns, with a window dressing of order from below. To me, Anarchism is Quantum, because it is not linear, and it is interested in the very small– the individual. Anarchism is order because order is anarchy (in Chaos Theory anyway). And to use Heisenberg, with anarchism the closer we get to measuring the momentum of anarchist actions for change the farther we get from measuring the position of any one anarchist, and vice versa.

Human interaction is like The Butterfly Effect in Chaos Theory: a small change can snowball into very different outcomes, seemingly chaotic (mainly in predictability). At every step of the way, any little decision and/or feedback effects the outcome, and can make predictions difficult. Chaos. Governments, with their top-down deterministic milieu can output chaos, though they strive for and through deterministic inputs and dis/order. Anarchism, where the sovereignty of the individual is recognized over that of the state, the input is chaos, but like government the output is chaos as well. However…

Take-home-lesson? Live for the moment, don’t expect perfect outcomes, interact, feedback, make sure the initial state is “good” realizing by being an ass in the process, you could snowball into a pattern of repeating asses. As we don’t need the amplification of asses, the chaos of anarchism and amplification of liberty seems a far more beautiful future than that of a goose-stepping bureaucracy that smells like ass.