Star Wars: The Rights of Sentience is a clause in the Galactic Constitution for all members of the Galactic Republic:

The Prime Directive prohibits Starfleet personnel and spacecraft from interfering in the normal development of any society, and mandates that any Starfleet vessel or crew member is expendable to prevent violation of this rule[4]

As the right of each sentient species to live in accordance with its normal cultural evolution is considered sacred, no Starfleet personnel may interfere with the normal and healthy development of alien life and culture. Such interference includes introducing superior knowledge, strength, or technology to a world whose society is incapable of handling such advantages wisely. Starfleet personnel may not violate this Prime Directive, even to save their lives and/or their ship, unless they are acting to right an earlier violation or an accidental contamination of said culture. This directive takes precedence over any and all other considerations, and carries with it the highest moral obligation.

excepts from: To Akilah: On Intersectionality in Feminism and Veganism

Please understand this—incorporating animal bodies into your activism isn’t a distraction from anti-racism or sexism—it’s an extension of the conversation because in reality we’re not just talking about racism or sexism, we’re talking about white supremacy and patriarchy. We’re talking about capitalism and other discriminatory systems of domination that operate off of exploitation. Therefore, although our bodies might look different, we must all come together, not to show how we’re similar, but to demonstrate how these systems negatively impact us all.

“I simply cannot look at food as an ‘everyday mundane object.’ I understand the meanings applied to food as something that represents an entire culture’s ideologies around everything. For example, food can tell me a society’s expectations about sexuality, gender roles, racial hierarchies of power and ability.”

Our automatic cultural reflex to say “Well, they’re animals, who cares” demonstrates just how deep the roots of injustice run…

…The fact that being called an “animal” is even an insult speaks to the ways that animals-as-less-than has already been naturalized in our culture.

This is actually called speciesism. Speciesism is when humans deem themselves the most important and valuable species which allows them to give no moral consideration to other species. Because of this, humans are allowed to do whatever they want to other species. Again—it’s another hierarchy socially constructed to explain away the exploitation of another group of sentient beings.

Speciesism isn’t *like* racism or sexism. I’m not here to make crappy analogies to already existing systems of oppression. It is its own brand of oppression that often intersects with systems that intimately minoritize us.

…It’s unfair that certain bodies are automatically coded as “less than” and certain bodies are automatically coded as “superior.” We live in a white supremacist patriarchy where white, middle class, able-bodied men are the standard, and everyone else is less-than. Because of this unquestioned, rigged framework, many bodies exist in systems that thrive off of their oppression and exploitation. This is where feminists and social justice activists must intervene.

We can’t reproduce this same logic in our own circles, especially as feminists. To disregard the oppression of other bodies reproduces a Patricia Arquette-type of analysis.

We can’t have activists shout about intersectionality, only to get quiet when it comes to the actual connection-making part of it.

…We must actively politicize the abuse animals experience as well as the systems that benefit from it. In fact, in studying food politics, it becomes evident how all of these oppressive systems collide, and strategically impact poor folks of color. It’s no secret at this point that the meat and dairy industry in the U.S. exploits the hell out of its brown workers. [Even in some produce industries, this is a problem too which deserves its own post!] Folks of color also disproportionately live in food deserts saturated with unhealthy animal products.

We must seriously consider non-human animals in our intersectional analyses as feminists. We can’t have liberation when people “don’t care” about the exploitation of an extremely vulnerable group of beings.

…We don’t have a good argument for abusing animals or eating them. People generally bring up “other” cultures that can’t go vegan, or don’t have the privilege of caring about animal rights—but many of us live in a culture or geographical space where we *can* care and change our behaviors—and those are the folks that I focus on.

People are terrified to talk about non-human animal abuse because it reveals how contradictory our moral compasses are. When we don’t politicize animal suffering in our movements, we merely have people who are committed to social justice-so long as they are at the center of the analysis. This type of set-up can’t yield intersectional movements.

“The animals of the world exist for their own reasons. They were not made for humans any more than black people were made for white, or women created for men. This is the gist of Ms. Spiegel’s cogent, humane and astute argument, and it is sound.” Alice Walker’s preface to Marjorie Spiegel’s 1988 book, “The Dreaded Comparison”

Although I like what is said above, as Gary Francione points out, Alp Ko and Breeze Harper (both quoted above), have some inconsistencies in logic, and Alp actually mocks veganism: Essentialism, Intersectionality, and Veganism as a Moral Baseline: Black Vegans Rock and the Humane Society of the United States:

“these so-called “intersectional vegans” [are actually “essentialist vegans” that] embrace speciesism in that, like the welfarists/new welfarists, they reject veganism as a moral baseline…instead of eliminating the essentialism of discrimination, they substitute a new essentialism that says that the rightness or wrongness of a position is dependent on who the speaker is and not what the speaker says.

…if animals matter morally, veganism must be the moral baseline or the very minimum that we owe animals if we are to respect their moral personhood.

…if animals are moral persons, veganism is not a matter of a “personal” choice—it is a moral imperative that obligates or binds us all.

Vegetarianism is not a coherent moral position. One cannot distinguish morally between meat and other animal products, such as dairy, eggs, etc. To feature an organization that promotes vegetarianism is explicitly to promote animal exploitation. Would we think it appropriate to promote an organization that ostensibly opposes violence against children but “caters to both those who reject violence against children and those who don’t”?

…if animal exploitation is morally wrong, then it’s not a matter of anyone dictating to anyone else. It is a matter of promoting a sound moral principle that the moral personhood of nonhuman animals requires veganism as a minimum.

…Essentialist vegans have a position on veganism that is no different from the welfarist/new welfarist position.

Both reject veganism as a moral baseline.

Both reject the idea that veganism is something we are required to do in order to recognize and respect the moral status of nonhuman animals.

Both label veganism as a moral baseline as “vegan fundamentalism.”

Both talk about veganism as a matter of “journeys.” Essentialist vegans stand shoulder-to-shoulder with welfarists/new welfarists.

…If these essentialist vegans were really opposed to animal exploitation and promoted veganism as a moral baseline, would they accept funding from and publicly acknowledge HSUS and others who promote “happy” exploitation” and welfare reform?

No, of course not.

But these essentialist vegans see no problem with doing exactly that in the nonhuman context.

…Essentialist vegans not only embrace essentialism in the form of speciesism in that they accord less moral value to animals than they do to humans solely on the grounds of species. They embrace it where humans are involved and accord greater moral value to certain humans based on characteristics that are morally irrelevant.

According to these essentialist vegans, only some humans can speak about issues of social justice and the question of who can speak is determined not by what they say but by who they are. As we will see, these essentialist vegans claim that the only legitimate speakers are women, people of color, or those from other marginalized groups who agree with their position, whereas women, people of color, or those from other minorities who disagree with their essentialist position are themselves “tokens” and not legitimate speakers.

…essentialist vegans do nothing more than produce a variant of the welfarist/new welfarist position that not only excludes nonhumans from full membership in the moral community but evaluates the positions of others based not on their substance but on their identity.

If we want justice, we must have: (1) ways to synthesize individual experiences into broader theories of justice and how we should respond to injustice, as feminists such as bell hooks attempt to do, as well as (2) a commitment to acting on those theories in an effort to end violence and oppression. This is why the Abolitionist Approach requires veganism. Theory and experience are means, not ends. Theory, experience, and good intentions without action are not enough. We must be committed to doing the right things to foster justice in practice.

Essentialist vegans talk about the privilege that comes from race, sex, gender, etc., but they largely ignore the privilege of class. Many of the essentialist vegans are solidly middle class people. Many have a great deal of higher education. But they embrace a politics of identity divorced from any concept of substantive economic fairness and the inherent unfairness and inequality that results from a grotesquely unfair distribution of resources. Linking value with personal characteristics alone and without a reference to class leads us to believe that a middle-class person of color with a PhD has more to say about oppression than a poor person—Black or white.

Interestingly, essentialist vegans have no problem with white people who embrace their essentialism and will join with them in promoting identity politics. There is simply no principled position that articulates a theory of justice for nonhumans or humans. In the end, it appears as though essentialist veganism is about nothing more than a group of people seeking to create career, entrepreneurial, and other opportunities for themselves. It has nothing to do with justice for animals, or with assuring that all women and people of color—as opposed to only those who embrace essentialism and its resulting identity politics—participate in a social justice movement for animals.

Essentialist vegans throw animals under the bus and simply rearrange the seating in the bus. Women and people of color who don’t buy into the identity politics of essentialism sit in the back with all the white males. The essentialist vegans drive the bus and sit in the front as they travel to their conferences funded by HSUS and at which Howard Stern and Robin Quivers will provide after-dinner entertainment.

The Abolitionist Approach maintains that nonhumans get to sit in the bus with humans. Justice for nonhumans is not a matter of some sort of relativist “who you are space” nonsense. It is a matter of moral principles that make all animal exploitation unjustifiable. And there is no hierarchy of seating in the Abolitionist bus. We have a radically egalitarian seating policy and it’s all a matter of what is in your heart and not any irrelevant physical characteristic.”

More: Dissecting Intersectionality, Essentialism and the Problem of Identity Politics 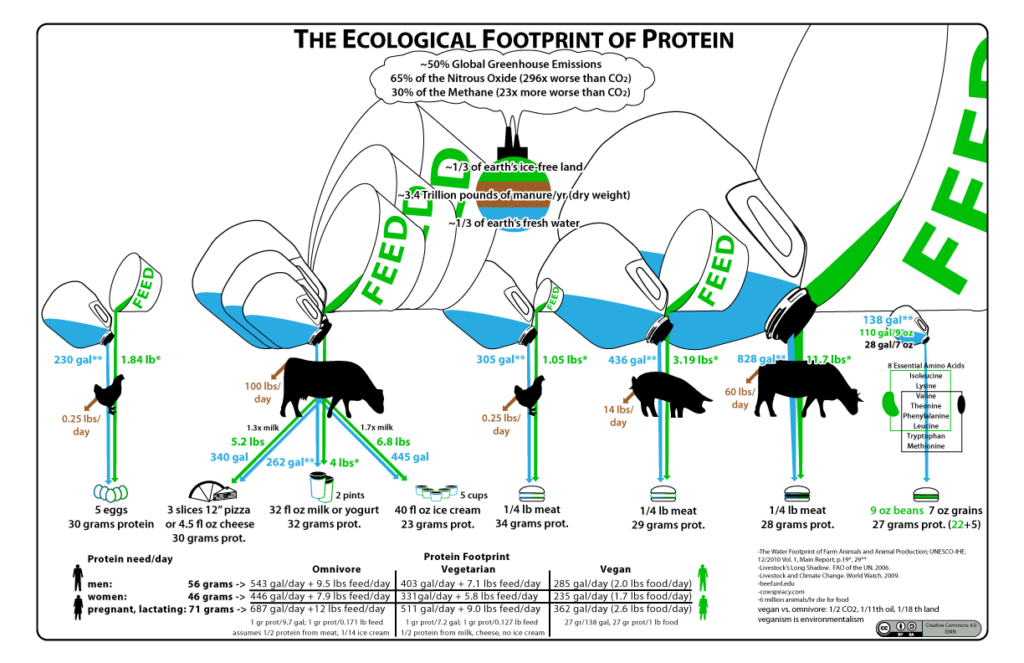