Well, not really disarming, and EpiPens are typically used on the leg, but it is encouraging to hear conversation center around “price gouging” etc. Of course the conversation goes right past the implications of this in relation to the so-called “free market,” and capitalism in general, to hone in on the more egregious end of the capitalist spectrum. This is due, in part, to the media not implicating capitalism, or finding a teachable moment to implicate capitalism (small and big). The EpiPen model of business is capitalism in general. Ultimately what people are up in shot arms over is capitalism. Capitalism is being implicated in the EpiPen uproar because capitalism’s goal is price gouging. Why differentiate between 0.05%, 15%, and 300%? Theft is theft, no? Why wait until prices cross some imaginary percentage border where capitalism becomes “gouging?” Under capitalism, cost is not the limit of price, setting the price in capitalism is based on jacking it up as much as much as possible to maximize profits. Profits are gouging, sometimes the wound is deep, sometimes shallow, but it’s still gouging, it’s still theft. Capitalism is theft whether private, public, or private assisted by the public (or vise versa). As S.E. Konkin pointed out, ‘profit and plunder are synonymous.’

In one, a lone robber points a gun at you and takes your cash. All libertarians would recognize this as a micro-example of any kind of government at work, resembling most closely State Socialism.

In the second, depicting State Capitalism, one robber (the literal apparatus of government) keeps you covered with a pistol while the second (representing State allied corporations) just holds the bag that you have to drop your wristwatch, wallet and car keys in. To say that your interaction with the bagman was a “voluntary transaction” is an absurdity. Such nonsense should be condemned by all libertarians. Both gunman and bagman together are the true State. Brad Spangler

What is capitalism if not an attempt to corner a market, eliminate competition, and maximize compensation? Isn’t the goal of capitalism monopoly, or cornering a market…maximizing profits, and not much else? This seems to be the so-called choice we have when it comes to paying the prices we pay in the “free” market. Why don’t we have a world where all transactions are freed, or non-profit, where we didn’t ask for an arm nor a leg, nor skin, nor the gouging out of another person’s eyes? Why not a world where “cost is the limit of price,” and where that was the norm, that was the corner? Why, because the state holds the bag and and/or the gun, and numbs the public who buy in as if they have, or are getting, a choice. The “choice” we are given in paying a price is often like the “choice” we get if we decide to vote, bullshit, the choice/s are usually far and few between a laughable spectrum of suck, resulting in no real choice at all. 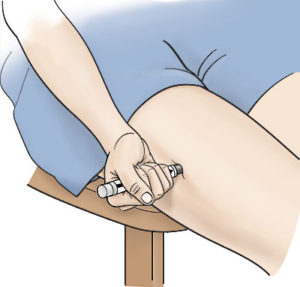 The “free market” is a “fee” market. The fee is a mark-up where, the missing “r,” a “r”eturn above the actual cost to bring it to the f(r)ee market, a return that is equivalent to the money missing from the buyer’s pocket because the return to the seller is a rip-off. Only when the price is the actual cost are we not being robbed, cheated, ripped off, or used. Capitalism is usurious profit, rent, or interest, from the smallest of margins to the largest. Whether we want to throw in a tip to the potential gunman/bagman should be at our own discretion, not required. If it’s required then the transaction is theft, it’s capitalism (and sometimes Marxism), just don’t beat around the bush calling either corporatism or cronyism as to not implicate capitalism for what it is, theft. The near requirement for being pick-pocketed a return above cost is similar to suffering the consequences of electoral “choice.” In time, hopefully the greater public wakes up from the stupor of capitalism and statism, but my guess is that they need a shot in the arm to tip them off to just what justice looks like, economically and socially. Sadly, it will take more than one shot to see to it that the masses see the f(r)ee market and statism as allergens that have cornered us into a spectrum of choices and margins that suck. Until things change I’ll be sucking it up and getting gouged with the rest of you.