In the ‘Roaring 20’s’ Elizabeth (Lizzie) J. Magie Phillips created the game Monopoly, actually called The Land Lord’s Game. She was a Georgist, an anti-capitalist, that wanted to teach Georgism to the public.

She created the game, as she said, because:

“We must do something about it [the rentier class, or capitalism,] on a large scale if we are to make headway. These are critical times, and drastic action is needed. To make any worthwhile impression on the multitude, we must go in droves into the sacred precincts of the men we are after. We must not only tell them, but show them just how and why and where our claims can be proven in some actual situation….” 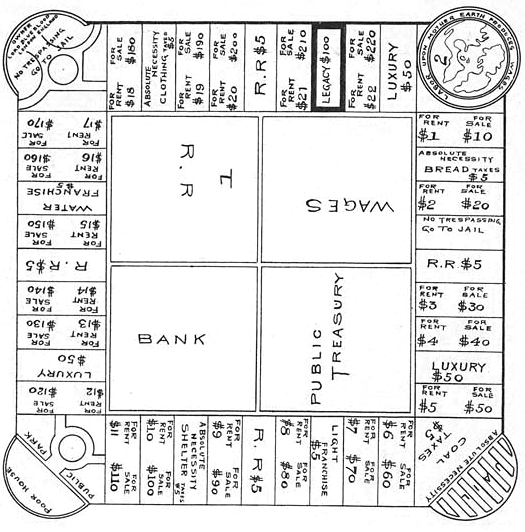 Anarchists have some things in common with Georgists. The anarchist Leo Tolstoy admired Henry George, for example. Perhaps because Henry George got something right, like Locke, mainly that capitalism is foul because it robs people of what they create, and that natural resources, including land, belong equally to all because they are not made by anybody. Lizzie’s focus was to have people focus on what was, and still is, called the “rentier” class, i.e. capitalists, who like parasites gain profit by the monopolization of access to property (physical, financial, or intellectual). The Land Lord passed Go to become Monopoly, ironically by theft, both of which Lizzie was trying to expose. see Harper’s Monopoly is Theft | more on Georgism here 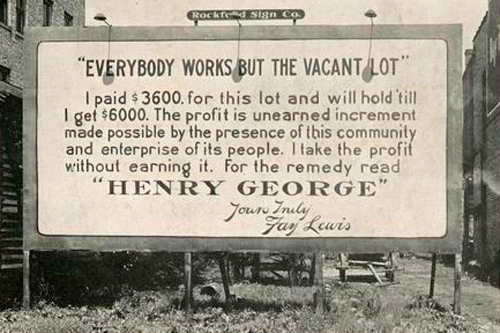